Picture of the coastline at cassada bay. There used to be a hotel on this coast which has now destroyed neglect, hurricanes and termites. 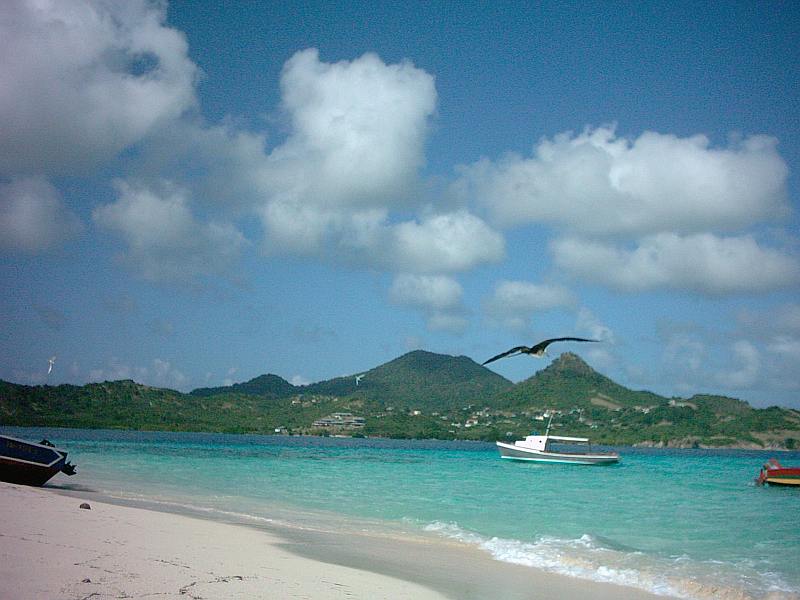 The coastline of Cassada Bay, south of Carriacou.

This shot was taken from the beach of White Island.
Actually, the cheapest ride to White Island is when you leave from Cassada Bay.
That is the shortest ride with a water taxi.
More pictures on this spot are in the White Island picture gallery below. 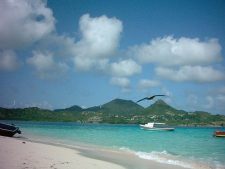 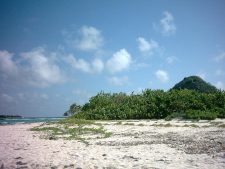 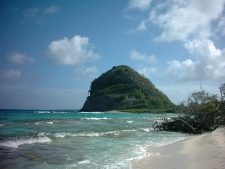 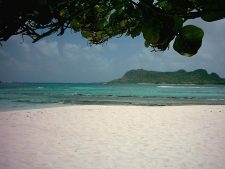 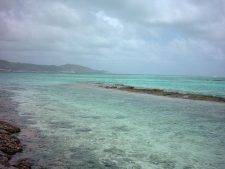 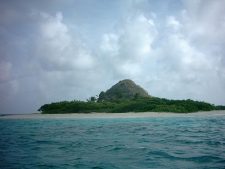