Safe wreck dive with loads of marine flora and fauna. The Westsider is recently sunk an in perfect condition. At Mabouya Island in Paradise Bay Carriacou.

Guides » Diving around Carriacou. » Wreck of the westsider at Mabouya island.

Wreck of the westsider at Mabouya Island.

This wreck is in excellent condition.
Use one of the local dive instructors to go diving at these wrecks.

Fortunately it did not suffer any damage from hurricane Ivan!

The 30 metre long wreck of the Westsider near Mabouya was officially sunk on September 4th 2004.

The dive is only suitable for experienced divers and there can sometimes be a current.

Only for the experienced diver! Spectacular Wreck-Diving.

The Boris lies at 28 metres near Mabouya Island on Carriacou.

A safe and enjoyable wreck dive with already loads of marine flora and fauna.

At the wreck are barracudas, critters and more than average coral growth.
Definitely more than one expects in such a short time. 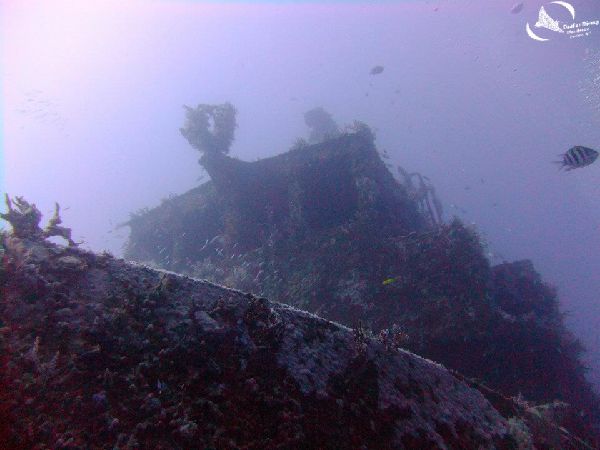 The twin wrecks at Mabouya on Video.